Center for European and Transatlantic Studies

The Center for European and Transatlantic Studies (CETS) was established in September 2011 at the conclusion of a three-year grant cycle of operating as one of 10 European Union Centers of Excellence within the United States.  It seeks to maintain the momentum and visibility established during the 2008-2011 period for promoting research, education and outreach programs on the European Union and transatlantic relations. CETS aims to establish a network of Georgia Tech and area scholars whose work is concerned with European and transatlantic studies and to serve as a locus for the GT campus and the metro Atlanta community for research and educational activities, public events and programs related to the study of Europe, the EU and the EU-US relationship. CETS works with the EU's Delegation in Washington D.C. and the local European Consular Corps to mount select, high profile events that continue to raise awareness and understanding of the EU, its global role and the significance of the transatlantic relationship.The Center is co-directed by Dr. Vicki Birchfield and Dr. Alasdair Young. 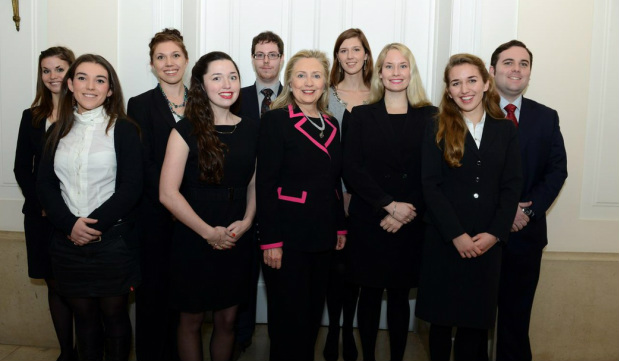 In December, former Secretary of State Hillary Clinton made her 38th and final official visit to the US Embassy and Mission to the European Union and two INTA students were there for the experience!
This past fall, I worked as the political Intern at the United States Mission to the European Union and more specifically worked as the Population, Refugee, and Migration (PRM) intern. Most of my time was spent analyzing and reporting on events hosted by think tanks, NGO's and EU governmental institutions. At the Mission, I had the opportunity to discuss EU and U.S. policy on human trafficking with NGO and government officials and released a cable (State Department internal report) on the EU anti-trafficking conference. I was also fortunate to work with a Foreign Service officer to gain a non-governmental perspective on EU-China relations with the overarching aim of aligning EU and U.S. policy towards China. Overall, this time at the U.S. Mission to the EU was an incredible and eye-opening experience!-- Jacline V Griffeth

As an intern at the US-European Media Hub office of the State Department in Brussels, I spent the majority of my time reading the news from a variety of European sources to develop an understanding of the European perspectives on the  news of the day. I would then use a number of these sources to synthesize a comprehensive report on the overall European perspective, which would typically cover one or two major events occurring at the time. These reports would then be  sent to State Department officials in Washington and many embassies worldwide. Jeremiah Olney

Click here to read about Dr. Young being elected to the EUSA Executive Committee 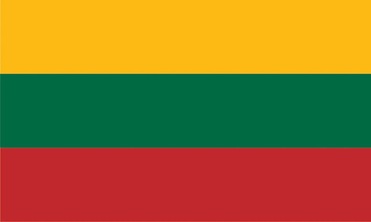